Jackson Fire and Security is the first independent company in the UK to offer a franchised business opportunity in the fire and security industry.

Jackson Fire and Security was founded in 1991 and quickly became one of the largest regional providers of fire and safety equipment in the UK. Our franchise opportunity provides our franchise owners with access to a £3bn market place.

The management franchise opportunity you have been looking for

Our opportunity is a management franchise. Part of your role as a franchisee will be to recruit and manage a team of qualified fire and security engineers. You will also be responsible for developing commercial relationships and new business in your territory. As a management franchise, no previous industry experience is required, you just need to have a strong sales background and the drive to grow a client base of repeat business service contracts. Full technical, marketing and accounting support is provided by the Franchisor.

What do we do?

Every organisation operating from premises must install and maintain fire safety equipment ranging from the ever-present fire extinguisher to a fully-zoned fire alarm system – this is a legal requirement for businesses. The majority of these organisations also seek to protect their premises with a range of solutions including intruder alarms, CCTV or access control – A Jackson Fire & Security franchise provides a solution to all of these requirements. 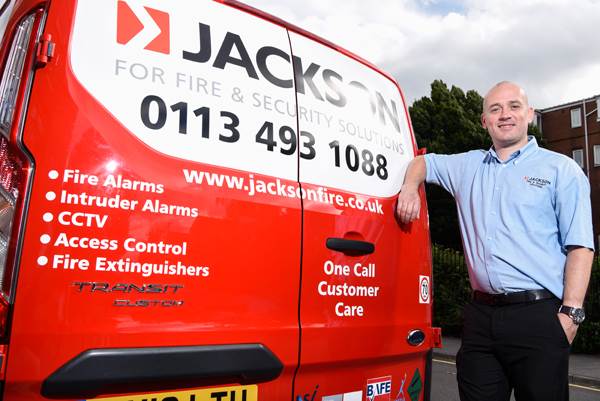 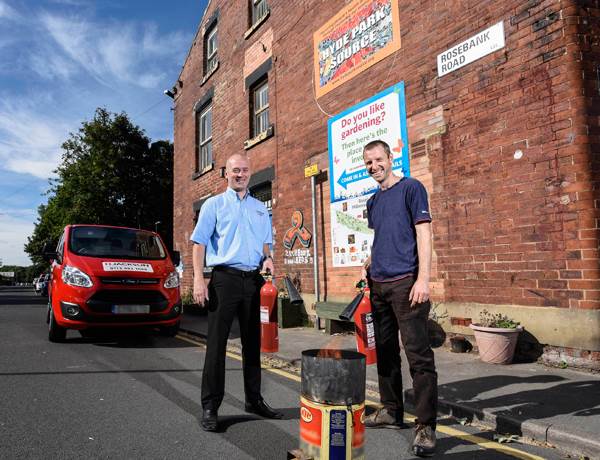 What does the franchise package provide?

A comprehensive lead generation campaign within your chosen territory will help you to secure new contracts from customers who are seeking to find better value and more attentive service from a local provider. The launch package includes telemarketing, email marketing, search engine marketing, pay-per-click, networking and PR.

A 6-week training course is included and conducted at our head office in North Wales. This is designed to help you qualify as an accredited fire and security provider. We provide on-going marketing, software and business development support in conjunction with our leading industry partners.

We can provide a full breakdown of on-going monthly costs to our franchisees.

We have good relationships with all the leading banks for franchise lending and can put you in touch with someone to help. We can also assist with your business plan and funding application. 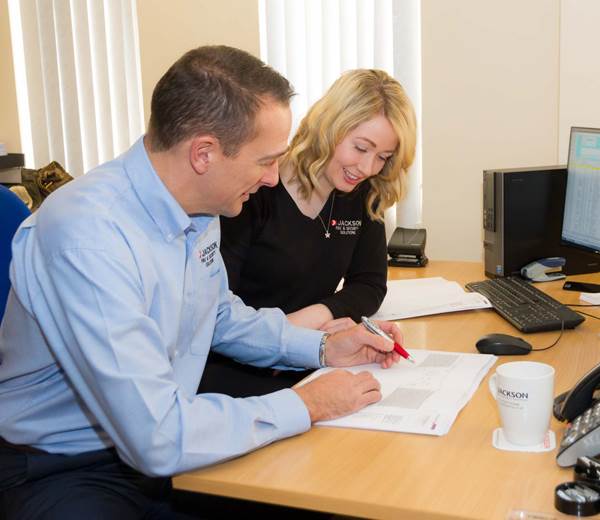 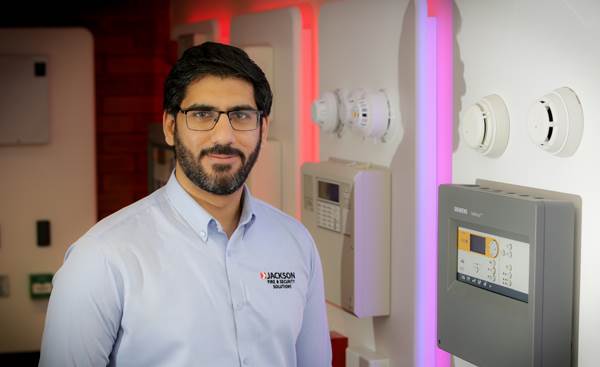 The business currently has 10 franchisees operating throughout North Wales, North West England, Yorkshire, Teesside, Cambridgeshire and Surrey. The expansion plan is to become the number one local choice for fire and security solution across the UK. There are territories available across the UK.

Who are we looking for? 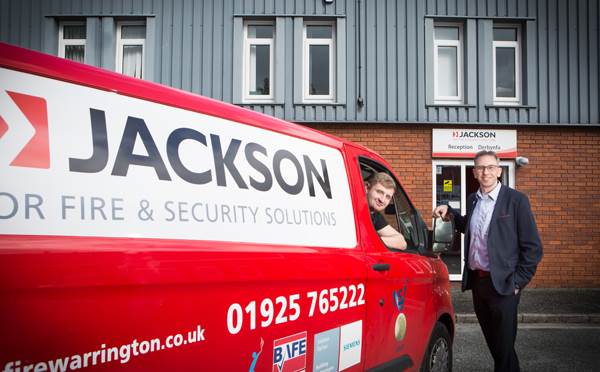 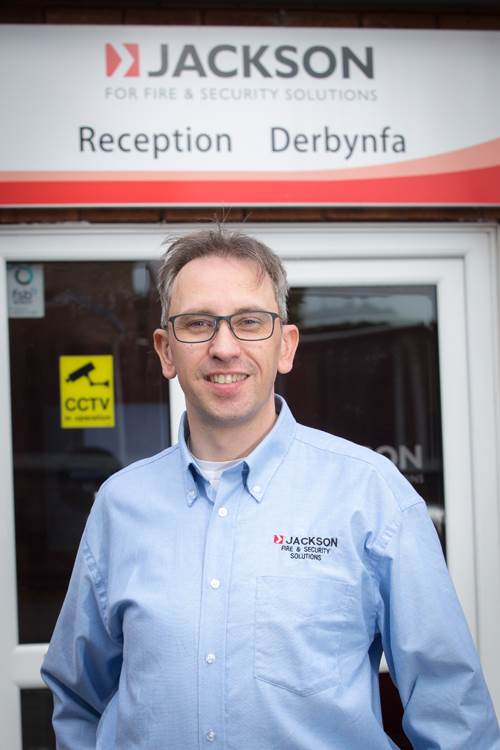 A business to be proud of through franchising

Nigel Knowles had enjoyed a successful career in the corporate sector. As an electronic engineer, he’d always worked in niche, specialist areas but in recent years had moved into technical sales. His job took him all over the world.

Despite doing a job which called on his specific expertise, Nigel was becoming less and less satisfied with his work and the company which employed him.

“I’d always worked for large corporate organisations and could see how much money they were making, but that money seemed to be for the shareholders. The companies didn’t always have the customers or employees in mind.”

“Feeling less than satisfied sometimes with how things were being run, I thought more and more: Why work for somebody else, when you can work for yourself?”

Nigel’s job required a great deal of travel and he started to feel ready to do something closer to home. This, combined with his increasing desire to be at the helm of his own business, led Nigel to see what options were available to him.

Nigel had given the idea of running his own business serious consideration over the years, but he acknowledged that his specialist area of expertise would have led him to develop a niche, high-end product which would have been challenging to get to market. He recognised he was just never going to do it, and so he started researching franchising.

“I reflected on my skills and strengths and, even though I felt confident in my sales, service and general business skills, I acknowledged that it’s quite a leap from being an employee to being your own boss.”

“Investing in a franchise would give me a business in a box, so to speak, and that’s what initially drew to me to consider franchising.”

“The reassurance that having a ready-made business provides when you’re considering leaving employment is significant. To me, a franchise seemed like a much better option than starting from scratch on my own.”

Having seen an advert for The Northern Franchise Exhibition, Nigel booked his free ticket and, on returning from yet another long business trip abroad, he attended the Saturday of the two-day event in June 2016.

“I went to the exhibition to understand more about franchising and to find out who was offering what. I’d done some research on franchising itself but had a completely open mind about what could be the right brand for me.

“As well as attending some seminars, I went around filling a bag with information and spoke with all sorts of businesses: cleaning, estate agency, fitness and education. It was at the exhibition that I came across Jackson Fire & Security for the first time, and I had a good initial discussion with a senior member of their team at their stand.”

Nigel established in his discussions at the exhibition with Jackson Fire & Security that there were clear synergies between his career so far and this particular business.

“It was immediately apparent that my background and experience with technical products meant I was a good fit for this business. Although the products are very different to what I’d been working with, the principles were the same, and my skills were transferable.”

Nigel was also impressed with their business model and the clear focus on delivering excellent customer service, so when he received a phone call after the event inviting him to attend a discovery day at the Jackson Fire & Security head office, he jumped at the chance.

“The discovery day cemented my interest in this business and, as I learned more and more about it, I was sure this was the right franchise for me.”

Having attended a discovery day and signed an NDA (non-disclosure agreement), Nigel was able to continue his due diligence, getting access to more head office staff and also existing franchisees.

In December 2017 he signed on the dotted line for the Warrington franchise. He participated in the six-week training plan which involved spending time at Jackson Fire & Security head office and out in the field with engineers.

Nigel started formally trading in April 2017, having recruited an engineer who would be out in the field while he focused on the business development side of things as Branch Director.

Nigel had realistic expectations of his first year in business and is pleased with his progress.

“The first year in business is always going to be the most challenging, even when you take on a franchise. You need to put in some hard work, but it’s so much easier to be motivated when all your effort is to benefit your own business, your staff and customers.”

“The fire and security industry brings some unique demands in terms of accreditation and qualification standards, so the learning has continued with external training and qualifications, but Jackson have provided plenty of support with this aspect.”

“It’s great to have a team available at head office to answer questions, and the network of other franchisees with whom to pool knowledge and experience.”

Being your own boss

Now that Nigel has got his franchise established, he’s looking forward to expanding his team and to growing his revenue. He reflects: “With this franchise I am officially my own boss. While it is expected that you work within the franchise model, there is so much scope to stamp your own personality on the business. The day-to-day operations and how you deal with your customers is entirely down to you.”

“One of the things I disliked about the big corporate I worked for, was that it felt like revenue came before service. Now I can give the high standard of customer service I expect, and I can be a leader to my customers and my engineer.”

“It’s also fantastic being in charge of my work schedule. There is flexibility there which you just don’t get as an employee, and you can make decisions about what tasks and actions will benefit your business and you. It is your decision how you do things and when you do them.”

“For me, finding a franchise that allowed me to draw on my experience, expertise and passions has been the perfect way to become my own boss and to build a business I am proud of.”

Find out more about the upcoming Franchise Exhibitions held in exclusive partnership with the British Franchise Association, and book your free tickets today at FranchiseInfo.co.uk.

Lee Fowler knew all about Jackson Fire and Security as he’d worked for them as a Project Manager for three years before launching his Wirral-based franchise in May 2014. While he didn’t know a great deal about franchising, his experience with the company meant he was confident he’d get the support he needed to make sure his franchise business became a success.

Lee had also previously worked as a service manager for another Wirral-based security company so, combined with his time at Jackson Fire and Security, he felt very comfortable taking on the franchise.

He says ‘I was already effectively doing the job in-house so I knew the challenges for me were going to be more about learning how to run my own business and building my client base. But I’m very independent and I was keen to be my own boss. I was ready to put the work in to succeed and the franchise gave me the perfect opportunity to make it all happen.’

Knowing the industry beforehand helped Lee get the business off the ground quickly. He’s received ongoing support and has established a good customer base. Now he’s been running the franchise for a while, what does he like about it in particular?

‘It’s very difficult to choose one thing. I like the flexibility and variety that comes with the work and I like knowing I have the support of a well-established company who have an excellent professional reputation. They have the highest possible industry standards and accreditations and that doesn’t just give our clients peace of mind; it also means the franchisees know they can get great advice and draw on the best possible support and expertise when they need it.’

{{article.PublishedDate | dateFilter | date:"dd-MM-yyyy"}} Read more >
Thank you for your interest.


The prospectus has been emailed to you and a download will start shortly. Please make sure your browser allows pop-up's - alternatively you can download the prospectus here.