A proven, profitable & pain-free partnership – a globally recognised brand with award-winning support, 12 years of expertise and a worldwide network of more than 530 franchisees.

Manage your own property-maintenance business in your local area with Fantastic Services!

A proven, profitable & pain-free partnership – a globally recognised brand with award-winning support, 12 years of expertise and a worldwide network of more than 530 franchisees.

Become part of the fast-growing industry leader Fantastic Services and choose from diverse franchise opportunities in the UK. With an extensive portfolio of over 100 property-maintenance services, you can dive into the cleaning, gardening, landscaping, handyman, removals, pest control, or waste removal industry and run a successful business supported by high-end technological solutions.

Choose from the three main types of franchise:

Suitable for people who want to manage, sub-franchise and grow their own business.

As an Area Developer, you’ll get the exclusive right to represent the brand in an undeveloped territory in the UK. You will recruit, train and manage your local units with the support from Fantastic Services, their technological management solutions, training platforms and personal coaching. You can start by including just one service in your portfolio and then gradually expand it by including more, ultimately becoming the one-stop-shop leader for property maintenance in your local area!

Suitable for investors who want to manage a multi-service company and develop a business with unlimited potential.

By joining Fantastic Services as a Master franchisee, you get the right to represent the brand in a whole new country. You’ll be able to sub-franchise your business by areas and independently manage franchise units by applying Fantastic Services’ proven business model. You will receive unlimited access to all brand know-how and technological solutions and training platforms. Establishing and running a Master franchise requires management and business experience.

Low-investment opportunity, suitable for tradespeople or technicians with experience in the home services industry.

The Working franchise is perfect for local service providers or self-employed tradespeople who will offer one or a selection of services. Based on your skills, experience and equipment, you can build your own team(s) and service portfolio. Fantastic Services will provide you with training, full marketing and sales support, guaranteed jobs and stellar 24/7 customer service.

Disruptive technology that will make your business thrive

Fantastic Services has invested over £20 million in a custom-built CRM (customer relationship management) with two integrated mobile apps. The software addresses the home maintenance business’ specific needs and is an all-in-one place to manage team and client communication.

With many cost- and time-saving capabilities for optimised service provision for anyone who operates as part of the network, the system connects all the data from the apps. It automates customers’ booking process, optimising the technicians’ schedule organisation and connects everything seamlessly. 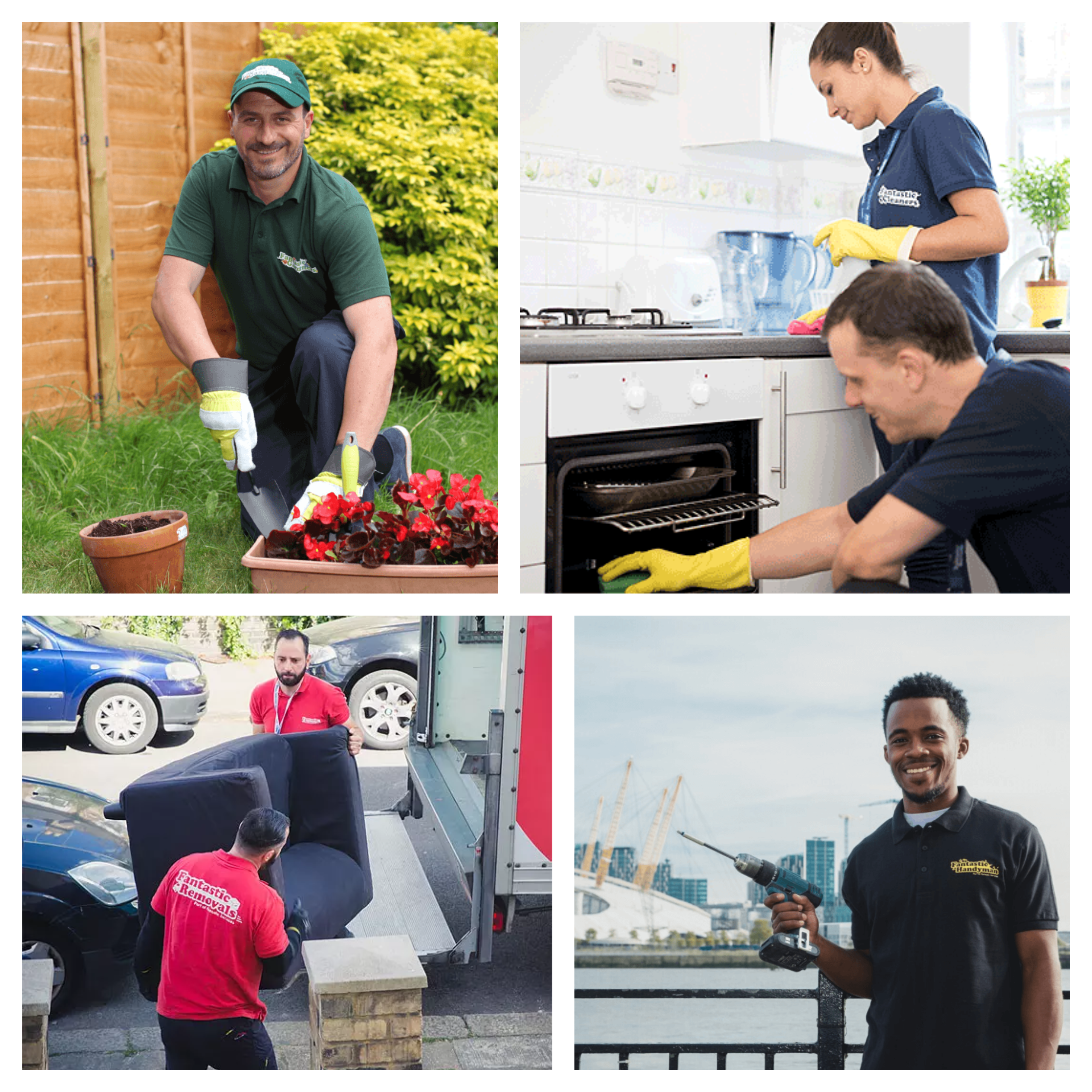 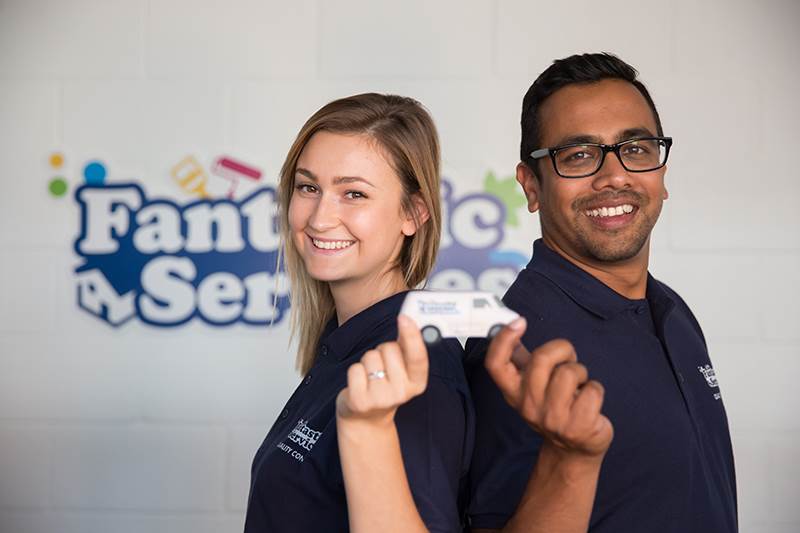 As a Fantastic franchisee, you will benefit from teams of strategic thinkers and innovative inventors that will help you create and execute successful marketing campaigns to generate leads and convert them into customers. The company offers assistance with website building and optimisation, accounting and invoicing, and 24/7 call centre support.

By becoming part of the Fantastic Family, you’ll get access to an in-house built training platform - the Fantastic Academy. Designed to help you manage and develop your business, the platform contains two different types of courses:

Personal coaching – You’ll be assigned a personal mentor who will help you with the onboarding process and show you all the ins and outs of running a business in the property services industry.

Once you make an enquiry, a franchise representative will present you with detailed information on total investment, package options (single or multi-service), as well as the earning potential and the ROI expectations.

Why choose Fantastic Services and their Proven, Profitable & Pain-free Partnership

A franchise recognised by the industry:

Request more information below and start planning your future today! 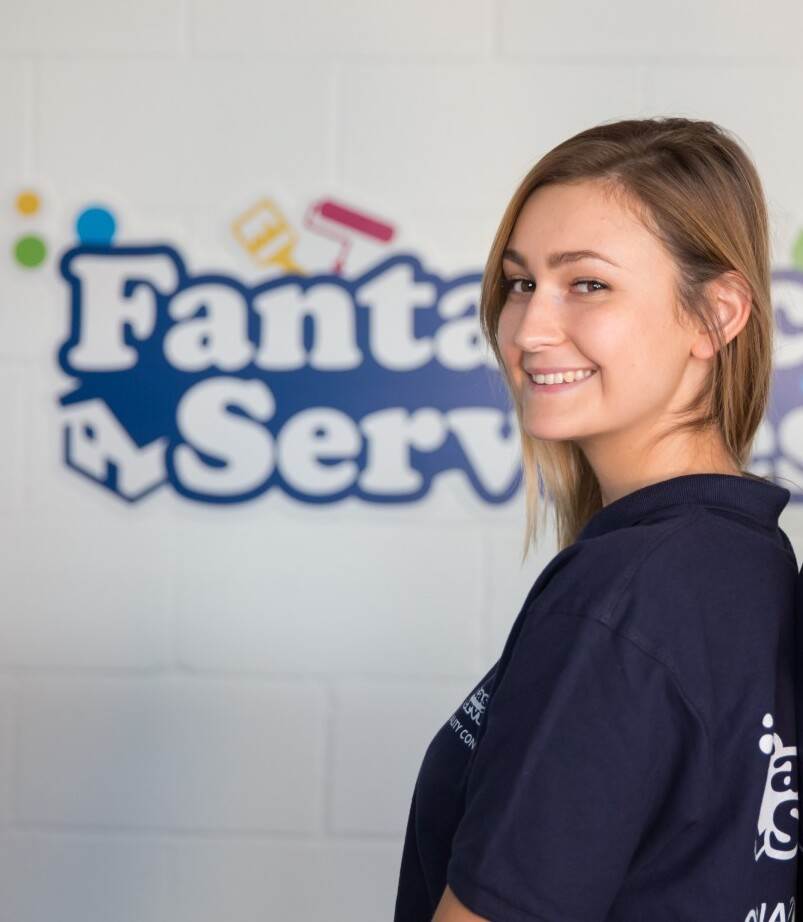 Apart from being a full-time mum to two boys, Lucy Fernando is the most successful Area Development franchisee at Fantastic Services for 2020, with ten times higher turnover compared to 2019.

Lucy joined Fantastic Services as an Area Developer for cleaning services and in just a year, she increased the number of delivered services 14 times. After the business got off to a solid start, in 2020, she included gardening to the service portfolio and from managing only one team, she is now sub-franchising to six working franchisees.

Looking back to where it all started, the home services industry was completely new and unfamiliar to her. It's actually the challenge of learning that Lucy enjoys most about the business:

"When I joined Fantastic Services, I really enjoyed not having previous knowledge about the industry. Stepping out of my comfort zone helps me mature and grow as a woman. I also liked the idea of being able to run a business, but with the security of working with professionals who know the industry and have the purpose-built infrastructure to support my partner and me.”

This doesn’t mean that Lucy has never experienced inner turmoils or felt overwhelmed by the execution of a business idea:

“When you throw yourself into a situation where you are expected to make the decisions and be the driver, but you still feel like you are learning, it could feel very overwhelming. It is so important to ensure that you ask questions but that you also commit yourself to take steps to learn what you need to. Ultimately, it is unfair and unrealistic to rely on anyone but yourself, so if you want to make your ideas work, they need to be balanced and formed of educated thought.”

Lucy is the backbone of the business. She is passionate about creating a culture where franchisees and technicians can grow whilst developing the business. She believes that the skills, commitment and passion of the teams are crucial to success.

Are you ready step out of your comfort zone? Fantastic Services will make sure to support you through your journey and help you become their next success story.

Jorge Santos: From customer to franchisee 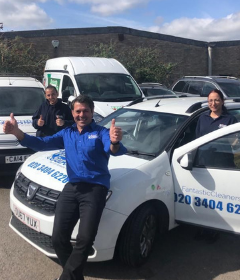 He is a guy of Portuguese descent with a South African soul who made a major career shift after spending many years in the UK. He had been working in the restaurant and nightclub industry for far too long only to know that he didn't want to be involved in it anymore.

He recently joined Fastastic Services as an Area Development franchisee after being a loyal customer for eight years, and his only regret is that he didn't make a move earlier. Jorge currently manages several teams providing cleaning services and owns the exclusive rights for Guildford, UK.

"I should have probably made this move (joining Fantastic Services) five years ago, but I've been trying to think about what I will do next,” says Jorge.

After 30 years in the restaurant industry, Jorge Santos wanted to transition to something less labour intensive, and the coronavirus craze helped him make a move.

"When Covid-19 came along, it made me stop. It made me rethink, refocus, and it has re-energised me. So here I am, at Fantastic Services," said Jorge when asked what pushed him towards the change.

Jorge always wanted to start his own business, but it seemed like a challenging and even impossible task, considering the required investment in finance and time. On the other hand, joining a franchise would have given him the independence of owning a business but with minimal risk and investment. He had been considering franchising options for quite some time until a fantastic idea struck him.

If one of the conditions for starting and eventually running a successful business is knowing the industry inside out, Jorge had unknowingly hit the Jackpot.

Being a Fantastic Services customer himself since 2013, he had always been impressed by the company's ease of booking and fantastic customer support.

Being a landlord himself, he used Fantastic Services for many years to maintain his properties. As with every business success story, his journey began with a need to be immediately met. Jorge had to react extremely fast when he had some tenants moving out and others moving in the same day. He knew that the only company, which could answer the call in a blink of an eye was Fantastic Services. The carpet cleaner was there within two hours, and it was then that Jorge started seriously considering becoming a franchisee.

Jorge had never thought that he would someday be involved in the home services industry. However, being a customer for so long and the massive demand for home services, especially during Covid-19, made him reconsider.

When asked how he decided to plunge into the home services industry, Jorge replied:

"We all hate cleaning an oven. Nobody enjoys doing the window cleaning because of the smears we leave on, right? So, it makes sense to leave those chores to the people who know how to do them".

At first, Jorge was drawn by the prospect of becoming a carpet cleaning Working franchisee. Still, he was fast to change his mind after talking to a professional franchise advisor from the company and accepted the challenge to become an Area Development franchisee.

Jorge has a significant expansion plan for his area and is strictly following it, hoping to gain the working franchisees in the region within a year:

"I really feel that the first three Working franchisees might be my biggest challenge, but I'm quite confident that once I get going, we will breed further. I believe our model will be able to produce the results, so although my expansion is a little conservative for year one, I'm investing in the time in setting the standard of attracting the right Working franchisees."