ActionCOACH is the only UK franchise to offer its clients a 6-month payback guarantee & its investors a guaranteed 5-figure monthly income by month seven (ask us about the Ts & Cs).

ActionCOACH is also the only franchise, in the UK, to have achieved the 5-star franchisee satisfaction status for 9 consecutive years and be in the Elite Franchise UK Top 10 every year, since the accolade began.

ActionCOACH - the World's Number 1 Business Coaching Team PLUS the only franchise, in the UK, to have achieved the 5-star franchisee satisfaction status for 9 consecutive years and be in the Elite Franchise UK Top 10 every year, since the accolade began.

Because being in business should give you more life…

Looking at business owners in your area, you know that chances are they have built their business due to the fact that they were an expert in that field. Take PR agencies, for example, these will usually be owned by someone who is outstanding at PR, but does that make them great at managing people, managing finances, sales, marketing, and systems? Probably not sadly… so this is where ActionCOACH comes into play...

At ActionCOACH we have in excess of 3,500 strategies and tactics to draw on, so you and your employed Action Coaches can confidently guarantee your business owner clients extra profits in 6 or 12 months, making a life-changing difference to their lives and their business.

In our most recent client survey of over 800 clients, 97% said they would recommend ActionCOACH and 97% said ActionCOACH makes a positive difference to their business.

You and/or your employee business coaches will work with business owners, helping them in several areas including teaching them how to increase their profits, develop powerful systems and how to build a strong team. The results are not only a more profitable and sustainable business, but also a dramatically improved life for your client, making it fantastically rewarding and fulfilling – now more than ever we need to ensure every business owner is made aware of this lifeline.

Who is an ideal ActionCOACH Franchise Partner?

You can have a track record of success in any field, but you must also possess a demonstrable love of learning and helping other people to succeed. If you’re awarded a franchise, you'll be exposed to a world of knowledge, experience and an exclusive, guaranteed business model that’s pandemic and recession-proof, with the power to make a real difference to hundreds of people in your own exclusive area.

In return for your £90k investment (licence fee, training fee and working capital), you get your own exclusive territory and the opportunity to build your own £1M+ a year revenue business with outstanding profit margins. You'll need to buy into ActionCOACH’s 14-point culture, raise a personal contribution of at least £18k (up to 70% finance is available) and impress our directors with your past successes, your desire to help others and appetite for learning and growth. You and your team will receive world-class training with global, national and local support every step of the way and you’ll gain access to over 3,500 strategies and tactics, guaranteed to make businesses successful, including your own!

✔    You’ll attend 10-day ActionCOACH University followed by Step-Up Week to help you kick start your business
✔    Over 70+ support days available for you and your team to attend
✔    Hands-on support at your first Seminar to get you your first client or two
✔    1-2-1 coaching from your own Coaches’ Coach
✔    You can work from home and run your business on your mobile phone / laptop
✔    The support and camaraderie of over 300 like-minded people in the UK (it’s a fun community to be part of)
✔    One of only 4 franchises to be awarded 5-Star Franchisee Satisfaction status nine years running and named in the Elite Franchise UK Top 10 every year since the accolade began
✔    You’ll have access to a guaranteed, highly successful coaching system that also works in your own business
✔    A scalable business opportunity
✔    Planning and training workshops every quarter
✔    Weekly group coaching from your Skills Coach

ActionCOACH is in the business of business growth, has developed the best business growth system in the world and has the best team in the world to support business growth… you can use that system and draw on that very same team to grow your own commercial, profitable enterprise which can work with or without you! Interestingly, most of our franchise partners can’t ever see themselves leaving, it’s just too fulfilling and enjoyable, but it’s nice to have the choice.

If you’d like to build a £1M+ business and start making a difference to the businesses and lives of business owners in your local community, get in touch by completing below!

Simply click on the Request Information button below and we’ll send you a detailed business opportunity prospectus and access to a 29-min franchise overview video!

Creating time and balance to be the best Dad

Half a million pounds from 12 ½ hours per week!

Here Andy Hemming reveals his 'warts 'n' all' story of his decade with ActionCOACH, overcoming the 2008 recession and how he grew his coaching business to £60,000 income a month on just three days' work a fortnight, so he could free up time for his family. 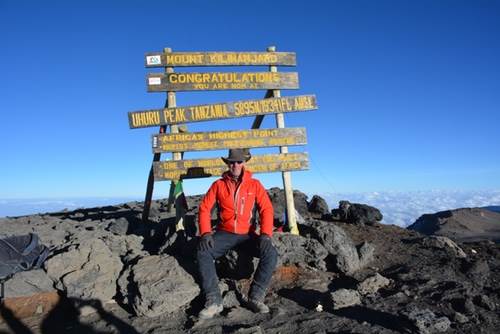 "After four years working in Hamburg on the global strategy for Nivea, I needed to move back to the UK to support my family - both my parents were diagnosed with cancer and we had been told my eldest son had autism. It was during this time that I put my CV on a recruitment website.

"I was at The Mailbox in Birmingham buying a shirt for interviews, when I got a call from ActionCOACH. They had seen my CV online and asked me if I have ever heard of franchising or considered running my own business. In May 2007, I found myself in what should have been just a two-hour interview but as soon as I heard about ActionCOACH’s values and culture, I wanted to know more. Having spent so much time in the corporate world, the ideas of learning, self-development, support and team were really appealing.

"I’d given myself a 12-month target to earn enough from my ActionCOACH business to replace my old corporate salary and by mid 2008 I had created an income of £16,000 a month. And then life got interesting - the recession hit! My bankings dropped from £18,000 in October 2008 to just £7,000 in March 2009. With the few clients I had left, I allowed them to dictate my diary so my business wasn't running efficiently and I had less time to spend with my family - the complete opposite of where I wanted to be.”

With the recession making people look really hard at their finances, one of Andy's clients had an accountant asking what he was getting for his money. The accountant came to a one-to-one coaching session to see if this was a cost which could be cut. The accountant loved it and ended up introducing Andy to the Regional Director of HSBC who invited him to run seminars for his clients.

"It helped turn my business around and in 2011 I banked £210,000. Strategic alliances like this were clearly the way forward for me and are now simply part of the marketing toolkit for new franchise partners today with a full-time national partnerships team developing and maintaining key relationships.

"I know I need time on my own for me to be a great Dad, so I spend Monday to Wednesday every fortnight coaching and the other 10 days are pretty free for things like training for the London Marathon. I love being outside, especially in the mountains with my sons, Oliver and Alex, but have also climbed Kilimanjaro with friends. The sky is the limit and I plan to grow my business to £1million working just four days a fortnight and start to build a team of coaches."

In 2013, as Cassandra Bodington attempted to run her sandwich shop from a hospital bed, she realised things had to change. When she was well enough to get back to business, two goals were set: getting the business to a point where it could operate without her and, when it reached that point, ensuring other business owners didn’t have to go through the same stress.

“I was misdiagnosed with an internal rupture, collapsing one day, and ended up needing eight hours of life-saving surgery. I focused on getting myself fit for work and spent a lot of time putting in foundations to ensure the business wasn’t dependent on me. After 18 months, both me and the business were healthy again, and the time came to sell. I realised that I had to share my story and make sure other business owners wouldn’t face the same kind of ordeal.”

Drawing on her experience in customer service and running her own business, Cassandra thought about what she would do next. She was intrigued by ActionCOACH, after getting a recommendation from her accountant, and began to research further into the opportunity.

“I’d never heard of ActionCOACH before, but it was exactly what I was looking for. Yes, I was my own boss again, but it was nothing like before – I’d be able to build up a successful business that wouldn’t fall apart without me and I’d get to help other business owners achieve the same.

“I worked hard for the first two years, securing a handful of clients. And then in 2017, my daughter was born, flipping my whole world upside down as a single parent. When I was ready to return from maternity leave, I had a serious conversation with myself. If I was going to do this, then I was going to be damn good at it.” 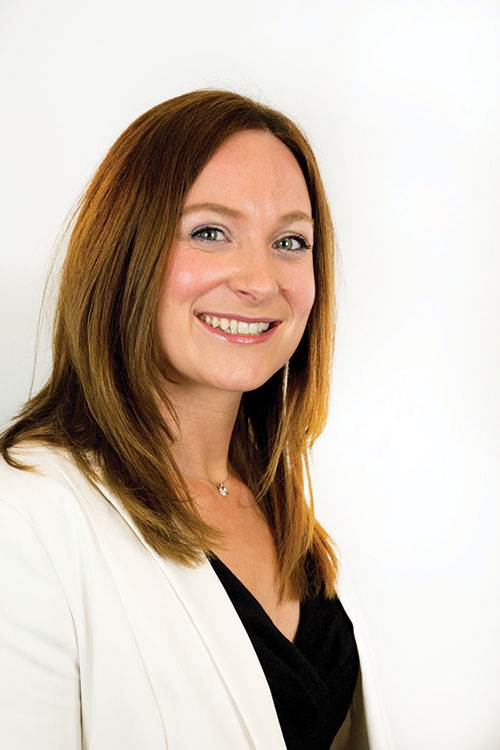 “It was almost like a switch had been flicked. I received a sudden burst of motivation and set myself an immediate goal of getting 15 clients who connected with me on a personal level, intending to double my monthly client income to £20,000.

“As a single mother, I’m passionate about helping those who are facing the same challenges as I did. I love being a mum, and my daughter provides constant motivation – she’s my daily reminder of why I love what I do. The support I receive from ActionCOACH to be a mum, whilst building a successful business, is amazing. I knew this was a benefit of a franchise, but I’ve got to be honest and say I didn’t quite expect this level of support. It’s exceeded everything I ever imagined.

“ActionCOACH has given me the flexibility to properly enjoy my downtime, working just three days a week. When I switch off from my business, I feel a sense of great satisfaction around the difference I’ve made in my local community.”

If you want to build a business with scalability and longevity, make a difference in your local community and you’re the kind of person who:

A) loves learning and developing yourself;

B) has enjoyed success in your career or sport; and

C) is willing to invest if you see substantial rewards can be made…click on the button below.

To become an ActionCOACH Franchise Partner, you need to have a passion for helping others to succeed. You and/or your team will work with local business owners to help them thrive. Here's a client case study from Tutor Pro: