Our exclusive partnership with the British Franchise Association (bfa) ensures that all exhibiting brands have been through an accreditation process and demonstrated that they operate a viable and ethical business model.

We are the only franchise exhibitions that can offer this assurance!

A two-day seminar programme covering all the necessities of franchising for those looking to invest in a franchise and those with a business that they'd like to expand through franchising. Learn all you need to know from the experts during a packed programme of presentations, workshops and Q&A sessions. Hear from financial and legal experts, as well as representatives from the British Franchise Association (bfa).

Get one-to-one advice on your business plan at the Finance Clinic from the experts at Franchise Finance. Book an appointment and get free advice on raising finance.

Want to talk through your career options with an expert? Free, one-to-one consultations are available with Personal Career Management.

Get essential advice from a panel of industry experts including financial experts, consultants and representatives from the bfa to help you kick-start your franchise journey.

We cater for high-net-worth investors by incorporating VIP seminars, a private lounge and a bespoke meetings service.

Inspiring entrepreneurs and founders of the latest business start-up successes will share the secrets of their growth at The Growing Your Own Business Conference.

Attend a panel session where you can put your questions to a selection of franchisees from exhibiting brands. Find out why they chose to invest in a franchise and what they have learnt along the way.

Owning a vehicle-based franchise is a great way to escape the constraints of office life. Take your work-life into your own hands.

If you wish to invest a lower level of your own capital in a business, explore these brands.

Enjoy a fun-filled session of arts and crafts with your thanks to The Creation Station while your partner explores the huge range of franchise opportunities on offer.

Find out more about the Children's Activity Centre >

Our dedicated matched meetings , Sarah Scott, will be happy to help you book private meetings with franchisors on site. Contact her on Sarah.Scott@vmgl.com.

Growing Your Own Business Conference

What will 2018 mean for your business? Keep ahead of the crowd by taking advantage of free business workshops, support and business start-up advice.

Explore the Growing Your Own Business Conference > 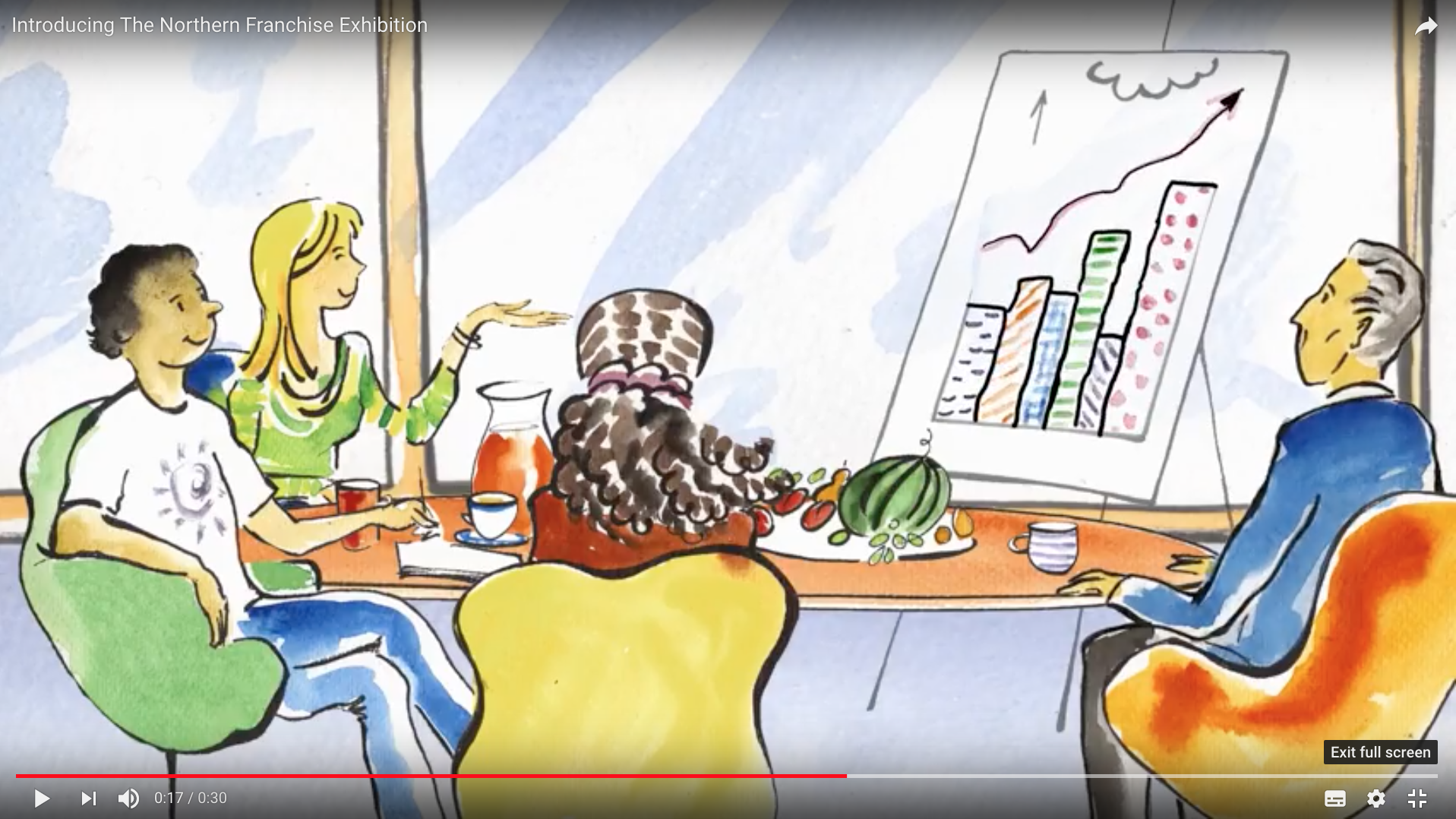 Check out the TV advert

Enjoy a sneak preview of the TV advert and get a snapshot of what to expect at the event.

There are no franchises matching the filters 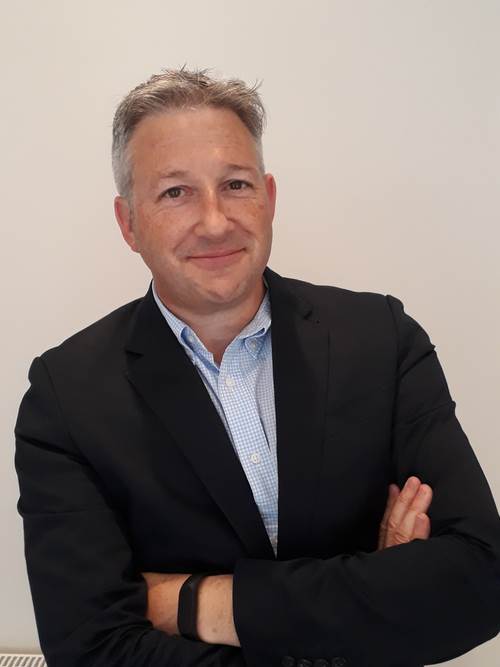 Judd Williams is Business Development Director for the Boparan Restaurant Group.  The group owns a portfolio of well-known branded restaurants including, Giraffe, Fishworks, Ed’s Easy Diner and Harry Ramsden’s fish & chips, operating through a mix of and franchise partner owned outlets. BRG is also the UK & Ireland franchise partner for Slim Chickens, which made its debut in London in March this year. Judd has held leadership roles in both franchisee and franchisor businesses, at brands including Starbucks, Sainsbury’s, Costa Coffee and Costa Express.

In his keynote, ‘White space for franchise growth in food & beverage’ Judd will share some key observations of consumer trends taken from BRG’s viewpoint as an operator across multiple restaurant sectors – from fine dining to QSR. Sharing insights from the Group’s business and research, he’ll outline some potential growth opportunities it has identified for franchisees, including The Treat Occasion, Out of Restaurant sales and Fast Casual Chicken. 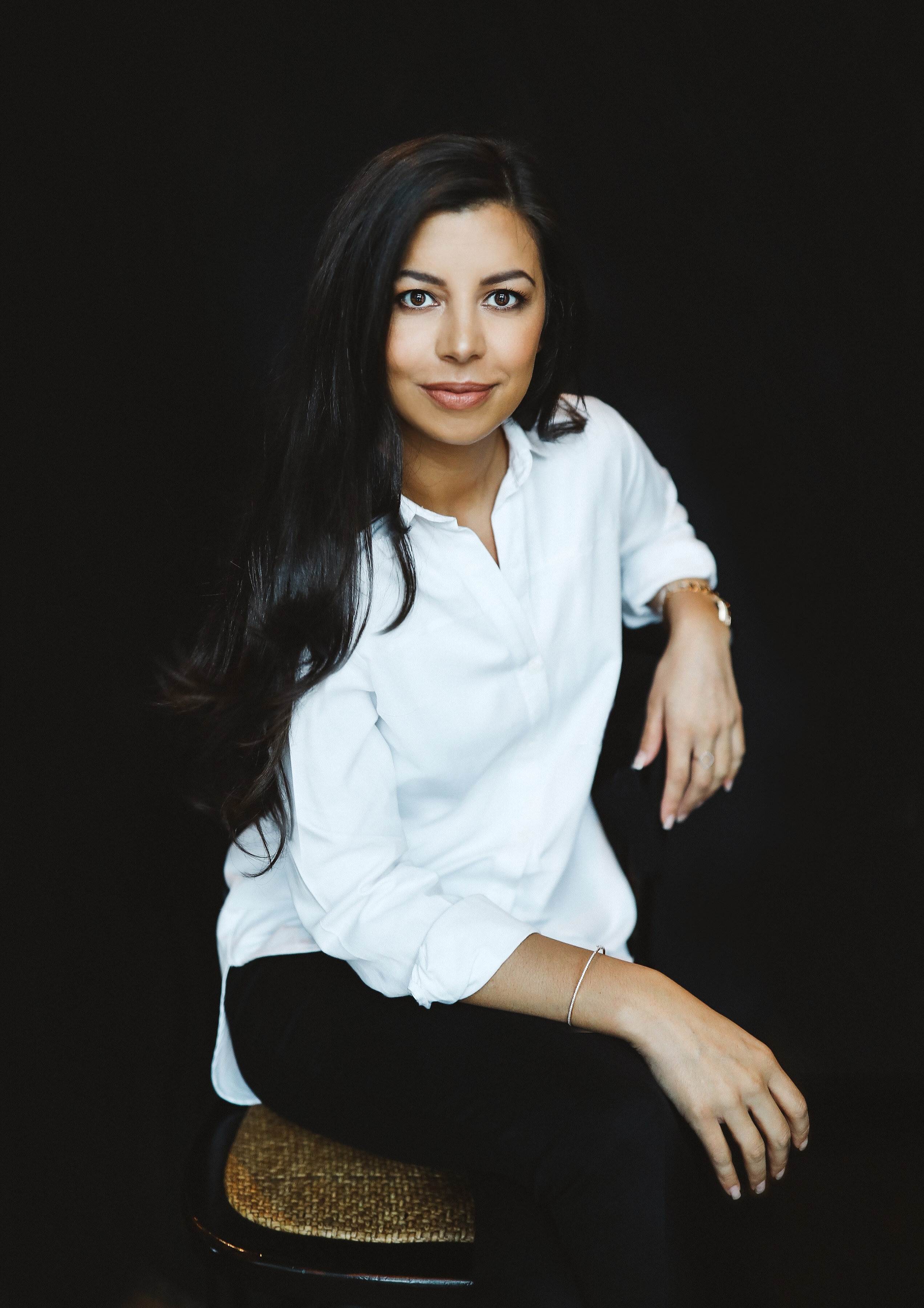 Karina Jadhav is the North West’s youngest independent female restaurant operator and owner and was voted Entrepreneur of the Year at the Manchester Downtown in Business Awards 2015.

She founded her current concept, Ménagerie Restaurant & Bar, Manchester in August 2016 and is the former co-founder and creator of Neighbourhood, Victors Hale and Southern Eleven.

Her latest venture, Ménagerie, converges the genres of gastronomy, art and performance, introducing the next level of immersive dining in the North West.

Karina wanted to develop the already successful vibrant dining model she had created. Disregarding traditional hospitality rules, she devised a concept where experience was key at every step of the customer journey. Her vision for Ménagerie was for it to be the first restaurant and bar to provide a collection of experiences beyond simply dining and drinking.

The restaurant won ‘Best Newcomer’ at the EAT SLEEP DRINK AWARDS 2016 and has garnered international attention for hosting a roster of celebrities including the Manchester City first team and their Manager Pep Guardiola, Little Mix singer Perrie Edwards, Jake Quickenden and Brooke Vincent. Stars Louisa Johnson and YXNG Bane have both performed at the restaurant and Menagerie also sets the scene for the Real Housewives of Cheshire.

In her keynote, ‘Causing a stir: standing out in a crowded industry’, Karina will discuss how she found a different route in a male-dominated industry and turned her differences into her strengths. She’ll share the influences she took from forward-thinkers from different industries and her "female" approach to management. 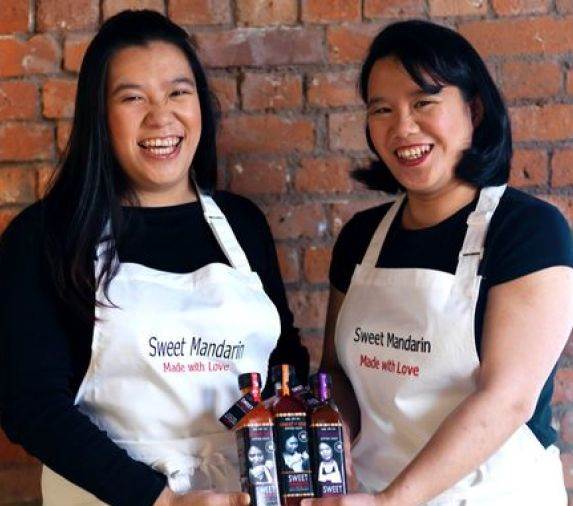 In 2004, twin sisters Lisa & Helen Tse set up Sweet Mandarin, a Chinese restaurant in the Northern Quarter of Manchester, UK.

The company shot to fame when they appeared on Channel 4's 'Gordon Ramsay’s F Word' and beat 10,000 restaurants to win the title of 'Britain’s Best Local Chinese Restaurant'.

They went on to launch Sweet Mandarin Sauces, a British manufacturer of award-winning gluten-free, dairy-free, nut-free and vegan sauces inspired by traditional family recipes passed down over three generations.

Continuing their television success, Sweet Mandarin appeared on BBC’s Dragon’s Den in 2012, which saw them secure a £50,000 investment from duo Duncan Bannatyne and Hilary Devey.

Since then, they have distributed their sauces to major supermarkets across the world and endeavour to further penetrate the market via their online shop.

During their keynote, the sisters will share their 8 tips to help new business owners succeed.

Looking for details about the Northern Franchise exhibition 2019?

EventCity is easily accessible by car. If travelling from the M60 take Junction 9 for the A5081 and follow signs for Barton Dock Road. For satellite navigation use: M17 8AS.

This is approximately 10 minutes’ walk from EventCity (see map) and serviced by bus routes from all over Greater Manchester. There are frequent buses providing a connection every 5 minutes (services 18, 247, 250 and X50) from the bus station to EventCity.

Manchester Airport - By car: Join the M56, then M60 (westbound) exiting at Junctions 9 or 10. By bus: Service 18 runs frequently direct to The Trafford Centre Bus Station.

Tickets will be free of charge if you book them in advance by clicking here.

If you wish to attend on the day and do not book in advance, tickets will cost £10 on the door, unless a discount offer code is presented at the exhibition entrance.

FREE tickets can be booked online up until the close of the show.

Explore the lucrative world of franchsing at the only Franchise Exhibition in London supported by the British Franchise Association.

Unlock the potential of franchising at the UK's flagship Franchise Exhibition, fully supported by the British Franchise Association.

Fitness Space is a fast-growing, boutique fitness operation. It offers a service-orientated, digitally-led concept that appeals to a wide demographic.

Hashim and his family headed to The British & International Franchise Exhibition in March 2017:

"I can't sing the praises of the Fitness Space team and business model enough. From practical and effective support, to reassurance based on their extensive experience, they've been with us every step of the way."

Yvonne and her husband Andrew visited The National Franchise Exhibition in October 2016:

"I truly value the support network offered by fellow Fitness Space franchisees who have been operating for a while and who can share their experience and expertise. This is another feature of franchising which just would not have been available had I gone it alone."

"Yvonne's case serves to illustrate how valuable those initial face-to-face conversations can be for establishing for both sides whether there is a human fit, and not just a business fit, for a franchise partnership."