An atmosphere of anticipation and excitement built as hopeful finalists gathered to hear the results of the esteemed awards on Friday evening, 4 October.

As one of the industry’s most coveted accolades, the Franchise Marketing Awards celebrate innovative marketing campaigns and effective marketing support offered by franchisors to their franchisees.

Sponsored by Business Franchise magazine and judged by an independent panel of experts, the awards were open to all franchisors that operate an ethical franchise and can demonstrate marketing excellence. 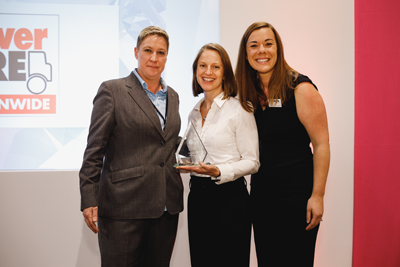 First up to the stage to collect an award were Driver Hire. The judges declared them winners of Best Website, thanks to a clear website design which served two distinct audiences effectively.

“The website is the result of a great team effort between our in-house marketing and IT teams, but also with the input and focus of our franchisees. This collaboration was important because the purpose of this website is to service our franchise network, helping them better communicate with our candidates and customers by making it easier for them to find the services they require in a timely way.” 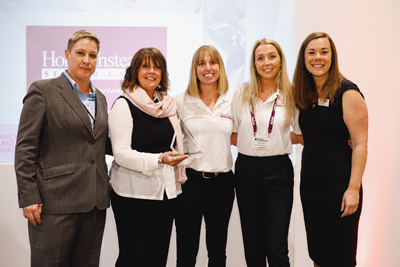 Home Instead Senior Care scooped the award for Best PR Campaign thanks to an imaginative approach which, in the opinion of the judges, tackled a key issue of caregiver recruitment and delivered concrete results.

“It feels superb to win this award, because it’s a campaign which has just proved so successful for our franchisees – it gained so much coverage.

“The campaign answers and addresses something that they need to be able to run their businesses - which is to employ more caregivers. We’ve witnessed how well it’s performed – the franchisee’s phones have been ringing and new people enquiring.

“We created #youcancare to go beyond a simple ‘we’re hiring message’ so that we could reach beyond existing carers and encourage other people to want to become caregivers.”

From a heady list of 14 finalists, Anytime Fitness were triumphant in the category of Best Franchisee Marketing Support. The judges were particularly impressed with the agility of marketing support delivered at a local level and the clear drive of Anytime Fitness’ head office to go above and beyond.

“We are absolutely delighted to win this award in the most hotly contested category! It’s amazing to be recognised for all the support we provide to our franchisees on a day to day basis and with a longer-term strategy”, notes Caroline Atkins, Head of Marketing for Anytime Fitness.

“There’s a huge amount of effort that goes into all the marketing that we do, both from the marketing team and the operations teams as well, who are working with those franchisees on the ground day in, day out.

“Thank you very much for recognising the amazing effort we all put in: I know the rest of the team are going to be absolutely thrilled!” 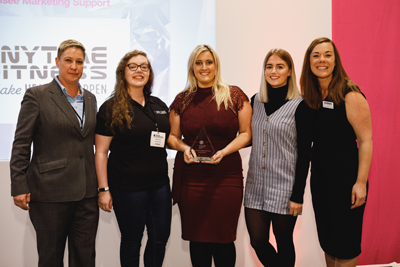 Vodafone took the prize for Best Print Advert, thanks to a simple but impactful campaign, which the judges felt really captured the imagination of the target audience of prospective new franchisees. Vodafone’s Chris Wilkins, Head of Franchise, remarks:

“It’s really great to win this award and be recognised for the adverts we’re using to attract our franchisees.” Blathnaid McCullagh, Marketing Specialist at Vodafone, adds:

“The whole idea behind the ads was that they would appeal to the everyday person and convey that they can change their lives. The fact that we’ve won this award is testament to the thought that went into this campaign and shows that we are achieving what we set out to achieve.”

Chris summarises: “This award is the icing on the cake of a great year for the franchise team!” 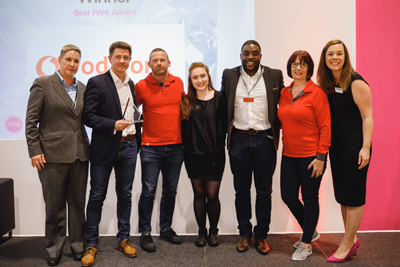 The award for Best Online Marketing Campaign went to mobile vehicle repair brand, Revive!, with judges commending the company’s approach of keeping customer feedback at their core to deliver growth for the franchise network.

“We’re delighted to win this award in a field of very strong contestants. Our marketing team worked really hard to deliver the Trustpilot platform to our franchisees because it’s a great way for us to live up to our value of outstanding customer service.

“The award is a real testament to the hard work the team have put in and we look forward to re-entering next year and to winning a few more awards!”

Best Overall Marketing Campaign went to children’s swimming class provider, Puddle Ducks. The judges were impressed with the efficient use of budget to achieve ambitious objectives in a crowded marketplace.

“This is really fantastic and the culmination of 18 months’ work from our team of three in marketing – we’re small but mighty!

“We support our franchisees on many levels, but our aim was to push the brand to a place where neither our competitors nor we had been before, and to start to cement us as the informed choice for baby swimming. In doing that obviously we benefit our franchisees, so this really was a brand-focused campaign to strengthen our position in the market.” 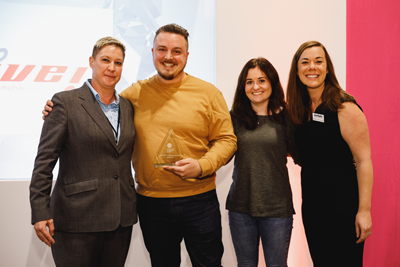 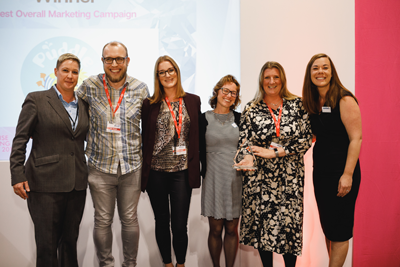 The awards organisers would like to thank the judges for giving up their time and expertise: Pip Wilkins, Chief Executive at the bfa; Donna King, Franchise Director at HSBC; Jane Masih Managing Director, Owen White Solicitors and Adam Shoefield Director at Smithfield Agency.

For more information about all the winners and finalists, visit the Business Franchise Website.