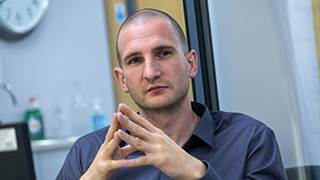 ActionCOACH is the only UK franchise to offer its clients a 6-month payback guarantee & its investors a guaranteed 5-figure monthly income by month seven (ask us about the Ts & Cs).

ActionCOACH is also the only franchise, in the UK, to have achieved the 5-star franchisee satisfaction status for 9 consecutive years and be in the Elite Franchise UK Top 10 every year, since the accolade began.

James Burke is often mentioned alongside the best coaches in the world, but it wasn't always like that for James.

His journey started out at 16-years old as a homeless teenager, sleeping in outdoor toilets and on community parks. Shortly after, this promising boxer had his career ended and was hit with depression. James felt that he had hit rock bottom, but as he always says "rock bottom is a great place to build a foundation".

The coming years saw James' professional career explode as he reached the peak in estate agency, becoming a director for one of the largest estate agents in the UK before setting up his own business coaching company.

Nowadays you'll find him on the world leader board for business coaches, or you may even stumble across his newest book "The journey to wealth and a world-class mindset".

Either way, James' story is an inspiring one that he hopes motivates you to "chase your dreams".